What a lovely newborn session I have to share. I truly cherish getting to document a family as it grows. This is beautiful baby number three I’ve photographed for this wonderful family. I can’t wait to see how she and her older siblings change over the next year for their baby plan. 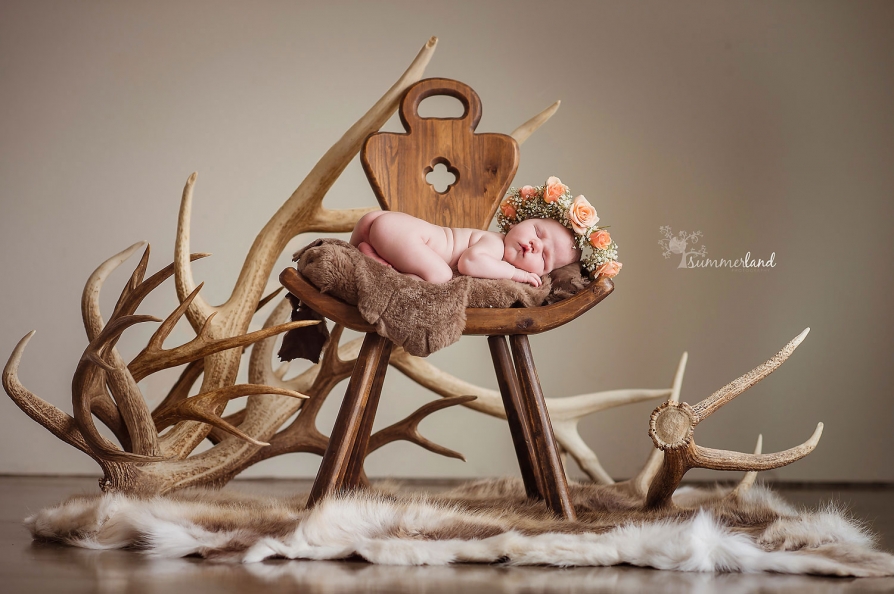 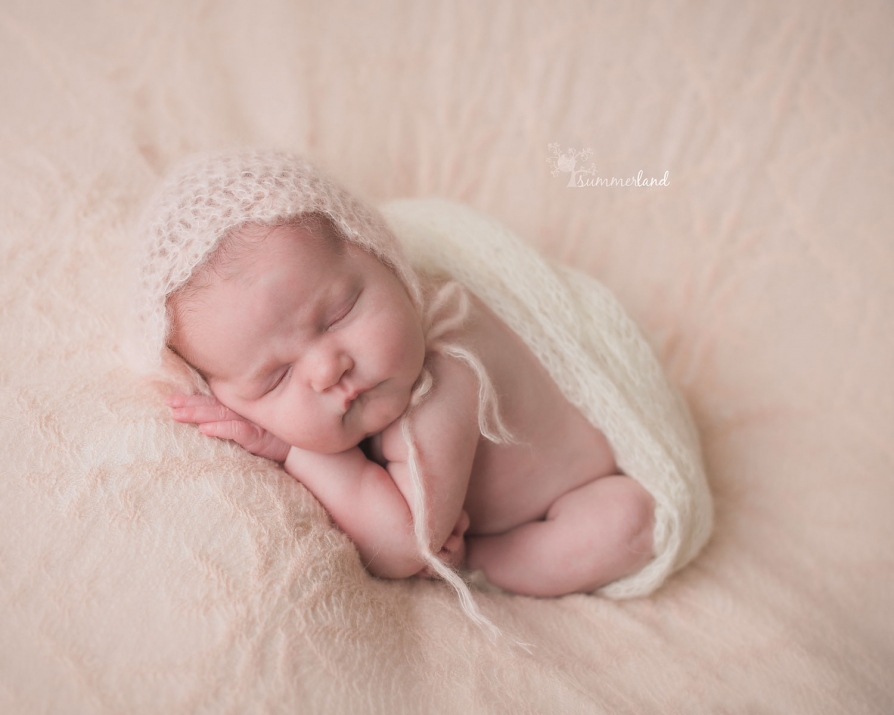 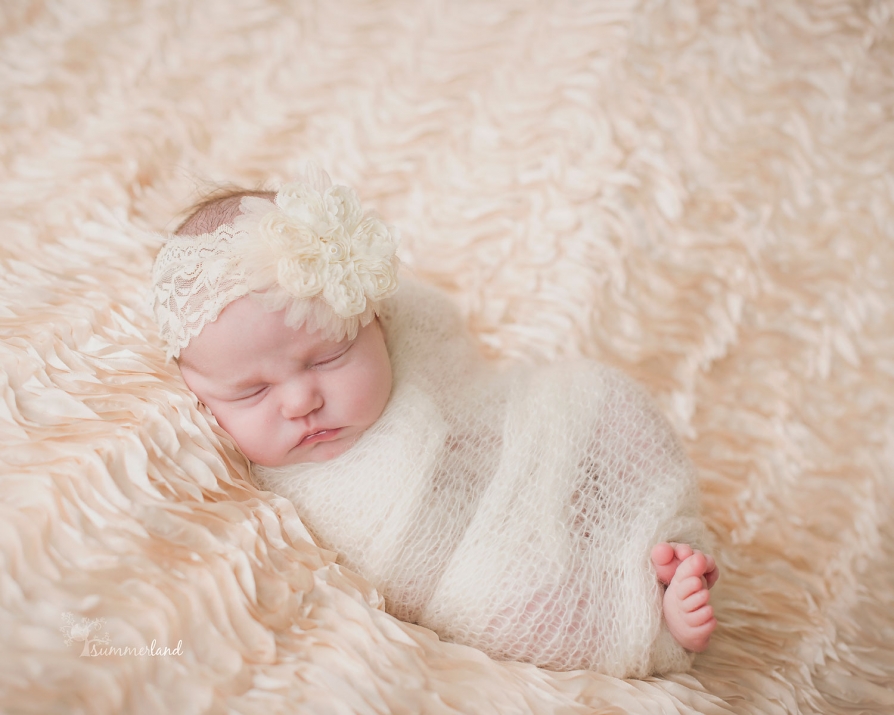 This has been a winter for the record books: sub zero temperatures, endless snow, and freezing rain. When you’ve got livestock what starts out as pretty gets old really quickly. The chickens stop laying and have to stay in their coop because of the cold, frozen water needs breaking or hauled in, animals need fed – and that’s before lambing and calving season start.

Mamas have a knack for having their babies at the worst possible time, and in the worst possible place. The breed of sheep I raise, St. Croix, are prolific and often have triplets or quads. This means you have to be very vigilant the babies are found quickly, kept warm, and are getting enough to eat. We lost a ewe this year to toxemia – even a week long stay at the vet couldn’t save her and the four babies she was carrying. Another ewe also had quads, and I missed the start of the birth because I stayed longer at my kids wrestling practice that night. I came home in the dark to find three tiny babies struggling in the snow, and the largest of the lambs still in his placenta, so he didn’t make it. I’ll never know if he was stillborn, or if he would have survived had I had gotten there a little sooner and cleared off his nose. But the sad truth is his death means the other three could flourish, and be nursed by their mama. A ewe can’t nurse four babies, so at least one, if not two, would have needed to be removed and bottle fed.

Those three remaining babies were fighters though. I spent a solid three days checking on them every few hours, putting them on a heating pad, holding them up to the ewe to nurse, and supplementing them with bottled colostrum and lamb formula. Two of them were so tiny, and I went back on forth on whether I should remove them from the ewe and just bottle feed them. But they were lucky to have a good mama, and the straw bale confinement shed we built for them kept them out of the cold. A week later, I now have three little white Pogo stick lambs bouncing off the walls.

Despite the struggles, I am still grateful for it all. I’m grateful my kids are learning to work hard, become stewards of the land and our animals, and get to do everyday what many kids only read about in story books. I’m thankful to my husband for providing us with this lifestyle, and his diligence and love in teaching them to become future farmers.

I haven’t always been the best about documenting my own family’s daily lives. A sad irony, I know, considering my background as a journalist, and my current role as a portrait photographer. Here I was living the story, and I hadn’t much to show for it. But a photo conference this fall and my recent infatuation with Instagram left me with plenty of inspiration from other photographers who have made an art form of documenting the every day moments in their home life. Their beautiful and creative images made me want to give the same gift to my own family – to myself.

So even though it’s been a long hard winter, and there’s still more to come, I do have a few of our blessings documented. And when it’s the middle of July, and we’re melting in 100 plus degree temps, we can look back and wish again for all that snow and cold.

This life of yours will build strong willed and intelligent kids!!

Thank you Larry! Funny I always try to remind myself that strong-willed children will make more interesting adults. Or at least that’s what I tell myself when counting my latest gray hair, lol.

We are super excited to announce the opening of the Summerland Photography Senior Model Experience! JOIN OUR TEAM as a Senior Model! Tell your friends about our amazing senior portraits, and earn a big studio credit on your personal senior session, an exclusive “Rock the Prom Dress” session the spring of your Senior Year, and even some extra cash. You’ll be helping your friends to make priceless memories – and helping yourself to the rewards.

WHAT IS A SENIOR MODEL?

You’re the trendsetter – you’re the person other people admire for your style, your judgment and your advice. You’re on top of the social media, and you love to share your likes and discoveries online. You’re often the first to do something, but you’re never the only one, as your friends are quick to follow in your footsteps. Sound familiar? If so, you could be a great Senior Model.

HOW DOES THIS WORK?

First, you’ll apply for the position. Applications open up every year for current Juniors on January 22 and are due February 20. We’ll let you know as quickly as possible whether you would be a good fit for our team. Please know that sometimes we receive a lot of applications for the few spots available.

When you have been accepted as a Senior Model, we’ll do your session in the spring of your Junior year, making you look fantastic in as many wardrobe changes as you’d like and even professional hair and makeup. Once we get some terrific shots, we’ll do our magic with professional touch-ups and post a few of the best images on our Facebook & Instagram page. You’ll share the photos with your friends and family, so everyone can see what a great job we do. When your friends sign up with us for their senior photo sessions, you’ll earn some spending money!

WHAT ARE THE AWESOME PERKS?

SO WHAT ARE THE REQUIREMENT?

It’s a piece of cake! Just e-mail us to get the password to our online model application and more details about our awesome senior portraits! Class of 2018 – it’s going to be unbelievable!!!

And to give a shout out to Class of 2017 – here are a few from my favorite sessions!

Hi Mason! Thanks for your inquiry! An e-mail will information link and password has been sent, so check your inbox. 🙂

Late summer and all of fall are always so much fun at the studio because it’s when I’m super busy with family portraits. I love, love, love capturing each family’s special beauty and relationships. It’s one of the reasons I never do family mini sessions. I don’t feel like you can truly do a family portrait session justice without devoting the time to get to know them all and let them be their true selves. I want to capture this beauty for them in their images and there’s nothing mini about this process. That being said, I keep it fun, fast, and entertaining for everyone. After all we’re dealing with kids here, and they don’t wait around for you to take a million pictures of the same thing for an hour. Go baby go!

On a side note, if you all are looking to get a spring orchard blossom portrait session I’m nearly fully booked for April when the apple and cherry trees are in bloom, so contacting me soon to schedule one of the dates still open for yourself.

Confession time: sometimes photo shoots don’t go smoothly. We’ve done all the essential prep work. The location is perfect, the weather is divine, we’ve planned out all the outfits, we’ve talked about our artistic vision for the session, and met ahead of time to get to know each other. Everything is in place for a perfect session. But there’s one thing we can’t plan for: childhood. Yep, go figure, sometimes children are just having a rough time. Maybe they had a late nap or no nap, or maybe they’re not sure what’s going, or maybe they’re just being three. You know how that goes.

Enter this session. I love this family. We’ve connected since day one, and I had the honor of photographing their youngest daughter, Miss M’s, first year baby plan three years ago along with her two older siblings. The images we got from that year are to this day some of my all time favorites. So no pressure, right? This session had to be knocked out of the park too.

Well little Miss M had different plans. She had just woken up and was no way no how going to cooperate with a photo shoot. I tried all my normal tricks and she pulled a three year old champion melt down. Mom and dad, bless their hearts, were ready to give up and call in a rain check for another day. But you know what, kids are like horses. They can feel when you’re stressed. I knew given enough time, and enough patience she would be alright. Her mama and dad worked their magic too (Superhero bathroom jokes for the win! He did his Duty!!!), and the magic of dandelion fluff and fancy lollipops can turn the tide of any childhood bad day. Besides, I’ll be honest, some of my favorite pictures are when there’s not a smile in sight.

As she was wiping away tears after seeing her images for the first time their mama said she thought her ordering session would be easy because there wouldn’t be many to pick from. I loved hearing that, because I knew they weren’t expecting all the magical images we captured. These are just a few of our favorites. This is childhood, with all it’s ups and downs. It’s beautiful, and unforgettable, and above all unpredictable, and I wouldn’t change a thing.

I totally understand why their mama would have tears in her eyes as she viewed her babes. She told me it took her quite the time to decide on the ones she did, and that it wasn’t easy 🙂 You captured them so well that I too had tears (& a full heart) as I viewed just these you posted – Oh my but they are growing up right before my eyes and your lens… I’ll soon have to stop calling them grandbabies and start saying grandchildren! I am so glad you could capture this time.
Extraordinary – Thank you, Sandy.