What a year it’s been! Not only has it been my busiest year ever, I’ve also achieved a few things I never dreamed would happen, including building a portrait studio on our 30-acre farm and wining photographer of the year from the National Association of Professional Child Photographers. Phew, if that was 2013, I wonder what 2014 holds.

One of my goals for 2014 is to blog more of my sessions. I tend to do most of my image shares on my Facebook Page, but while Facebook is wonderful for keeping in touch with you all, it isn’t really that great for showcasing more than one or two images at a time. I’ve had so many beautiful sessions this year, and I really want to show them to you. So I promise to start posting them more here.

That being said I thought it would be fun to recap some of my most popular images on Facebook for 2013. Without further ado, here are the 2013 top 10 Facebook images for Summerland Photography. 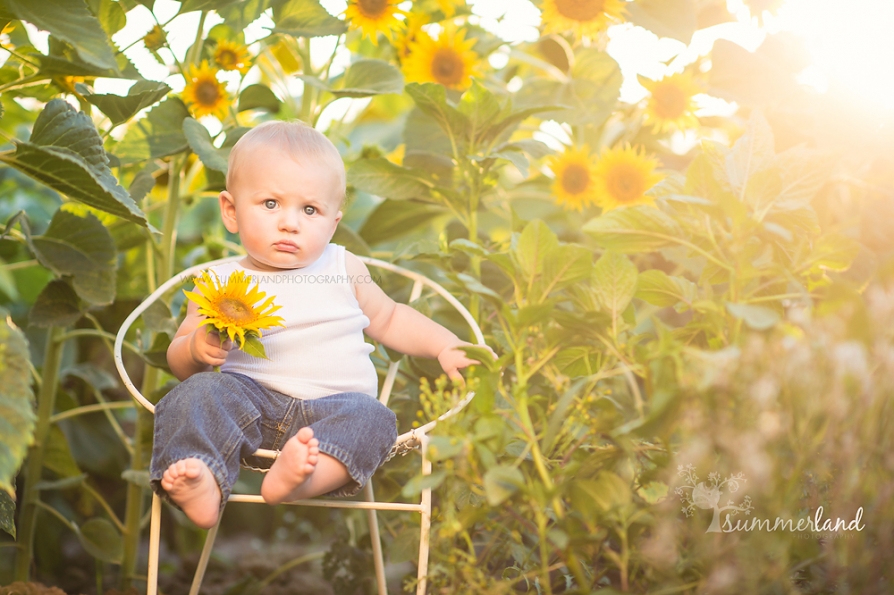 #10) Little Mr. K demonstrates perfectly here why 6-month old babies make for some of my favorite portrait subjects. I love the sunflowers and the summer sun almost as much as his sweet little face and chubby toes. 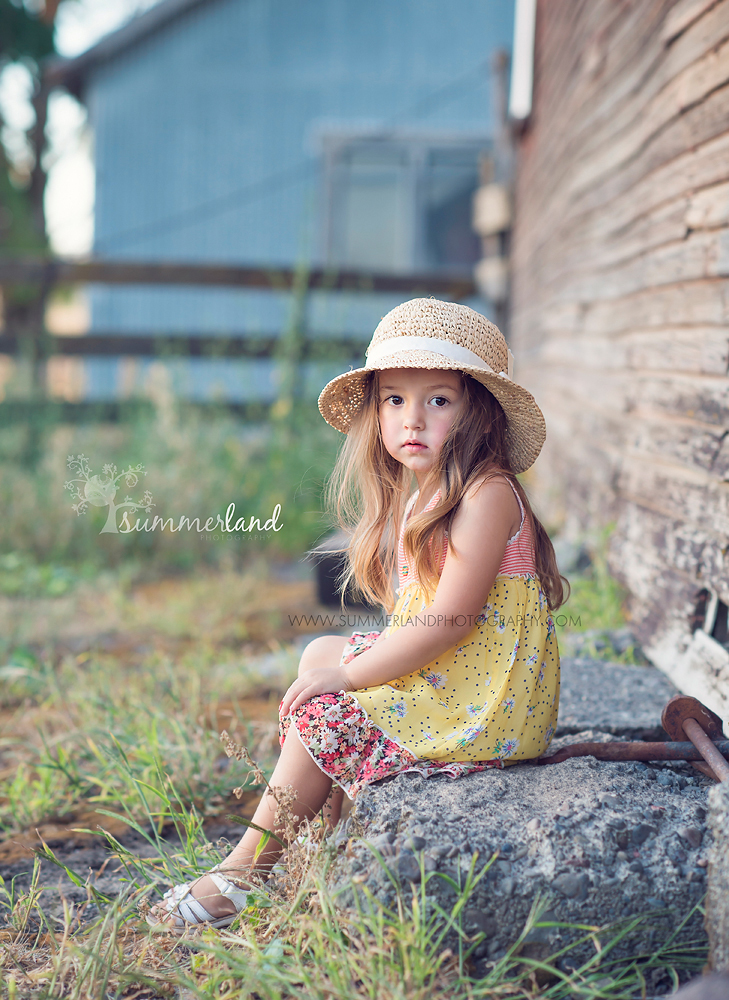 Little Miss C sits on the stone steps of a 100 year old barn on a farm near Walla Walla, WA

#9) So serious and so sweet. I’ve been photographing her since she was a newborn, and she’s always been a muse for me. This was photographed at the family’s farm and it’s one of my most favorite locations of the year. 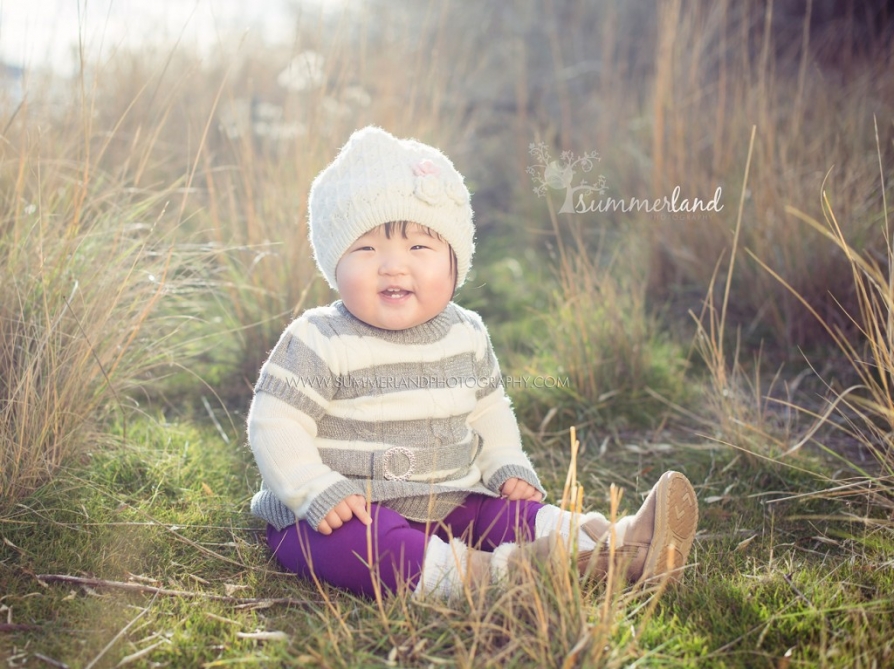 #8) Could she be any cuter? This little sweetheart could have won the award for happiest baby of the year too.  I’m definitely going to have to post more images from this family portrait session in a future blog post.

#7) I’m always so impressed with the beautiful and talented teens I get to photograph for their high school senior portraits. These portrait sessions are a blast and are highlights of my year. Summerland Facebook Fans gave this image their seventh highest ranking.

#6) A newborn portrait with siblings, aka the miracle shot 🙂 It looks simple, but yep, it ain’t easy to achieve. The results are so worth it, though. They are never going to be this little again, and I’m so glad these beautiful children’s parents will have this image to remember it forever.

#5) OK, I admit I’m a little biased on this one because this is a portrait of my son. But hey, you all either agree with me or are just really supportive because you gave this image the fifth highest ranking of the year. I photographed this exactly a year ago on New Year’s Eve day. It had just snowed and we snuck in a quick shoot while my daughter was taking her afternoon nap. Ah nap time, now that’s something I’m definitely going to miss from 2013.

#4) Born to Rock Baby. Now this little newborn’s daddy is a seriously talented guitar player. When the parents said they wanted to do some shots with his guitars I knew it couldn’t be your run of the mill guitar shot. One of my few newborn shots of the year where I used studio light too.

#3) Little Miss C makes her second appearance on the top 10 list here with her new baby sis, Miss A, at the newborn portrait session earlier in the year. On a side note big brother wanted nothing to do with getting in on this picture until little sister showed him how it was done. Let’s hear it for sibling rivalry, lol. She made it look like a walk in the park, and little Miss A’s yawn was the perfect touch.

#2) OK, I admit it, I completely adore baby feet. I mean look how cute those little toes are! But I’ve got to say this surprised me when I was tallying up the rankings, and I discovered that this was the second highest ranking for the year. I guess you all share my love, too.  It’s also interesting to note that this was from Mr. K’s (from image 10) newborn session, so get that kid a modeling contract, ASAP!

#1) And the number one most liked image on my Facebook page for this year was this handsome farm boy. Now looking at this you probably think he just casually stood there, struck a pose, and I captured this image at my leisure. Well you would be wrong. He made me WORK for this. This was literally one split second of stillness among a chaos of movement. But as soon as I hit the shutter, I knew it was perfect. That my friends, it what years of photographing sports from my journalism past life does for you. It helps you get moving targets (aka the under 5 crowd) in focus, lol. Well I knew I loved the image, but I couldn’t decide between B&W or color, so I put it up for vote to you guys. The response was overwhelming. What was the result, you ask? Well it was pretty evenly split, but color came out the winner. What do you think? Do you agree? Me, I still can’t choose.