Summerland Photography offers documentary style wedding photography and candid newborn, maternity and child portraiture. Photojournalist Sandy Summers Russell is Central Washington's premier documentary wedding and portrait photographer serving the entire Columbia Basin: Kennewick, Richland, Pasco, Moses Lake, Ephrata, and Othello. Sandy Summer Russell's life-long passion for photography began at the young age of 15, when her first photograph was published by the Associated Press. Over the years, her name has become synonymous with award-winning, impeccable imagery. After nearly ten years in the newspaper photojournalism profession, she founded Summerland Photography, which provides several forms of photography, including wedding, portraiture, commercial, and editorial. Every assignment Summers Russell completes is handled with precision, planning, and a keen sense client individuality, resulting in only the most professional of experiences. It is her priority to provide moving, artistic, and natural images, as well as excellent customer service. Summer Russell's work has been featured in the Seattle Times, the Spokesman Review, the Washington Post, the Boston Globe, the Miami Herald, MSNBC.com, and People Magazine. Her six-year career with the Yakima Herald-Republic resulted in numerous national recognitions, including four consecutive first-place awards in portraiture from the Society of Professional Journalists, first place for a photography page from the Associated Press, and a first place national award for breaking news from the National Press Photographer's Association. She graduated from the University of Nebraska-Lincoln with a degree in journalism, and she has worked for newspapers in Nebraska, Wyoming, Colorado, and Washington. Currently residing near the Tri-Cities in central Washington, Summers Russell lives with her husband, Shane, and their son, Mason. 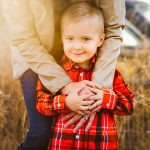 It’s fall!! Yay! October was made for photographers! To kick of the family portrait season I want to share this sweet little trio. I’ve been photographing him every year since he was in his mommy’s tummy! It’s such an honor getting to document a family as it grows. Each year is different as children grow […]

Sweet little Luka and his family came to visit me all the way from Seattle. I also had the honor of photographing his big brother’s newborn session two years ago. Now’s he’s a toddler always on the move. Don’t worry, though, we still got him in the picture. Even if it took nearly all of […] 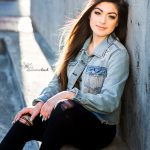 It’s Senior Portrait time! So fun! Professional hair and makeup, gorgeous clothes, beautiful locations – what’s not to love?! Bring out that inner fashionista and lets go! We’ve still got dates left for August and September, so make sure you get yours scheduled before that dreaded yearbook deadline comes and goes! 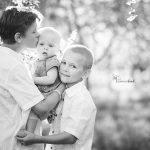 Oh how I love my Summerland Baby Plan Members. It’s such an honor getting to document that first year. What a transformation from the newborn, to sitting up, until that first birthday. It’s like photographing a different child each time! Out of all of them I think the sitting up session is my favorite though. […] 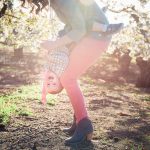 Hooray for spring! I’m always happy to wave winter goodbye and celebrate the glorious beauty of spring. Orchard blooms happen to be one of my favorite times of year to photograph families. The season is short, only running from mid to late April. I’ve just a few dates left, so contact me quick if you’d […]